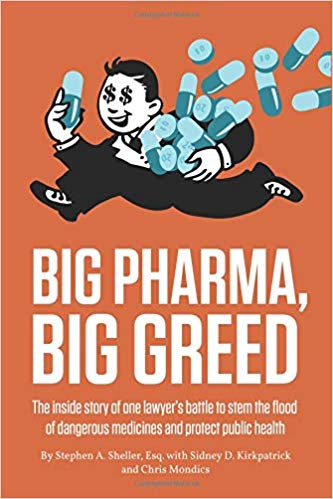 In “Big Pharma, Big Greed: The inside story of one lawyer’s battle to stem the flood of dangerous medicines and protect public health”, Stephen Sheller tells a tale that is at once deeply personal but also with wide repercussions for the U.S. health care system and the hundreds of millions of Americans whose lives literally depend on it. In the book, Sheller not only recounts his major litigation battles but also makes sweeping proposals for industry reform. To restore regulatory credibility, Sheller proposes that responsibility for testing new medicines be taken away from the industry and given over to hospitals and other public entities partnering with government regulators. Pharmaceutical companies that betray the public trust would risk government- initiated dissolution. Harsh medicine to be sure, but Sheller believes entirely appropriate to the underlying malady.