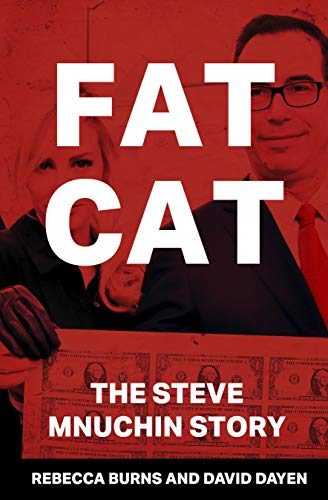 Fat Cat: The Steve Mnuchin Story tells the true story of how Donald Trump’s treasury secretary has spent a career profiting from the pain and suffering of ordinary Americans.Fat Cat is authored by two extraordinary journalists, Rebecca Burns and David Dayen. From Mnuchin’s beginnings at Goldman to his time as a Hollywood Producer, and from his coronation as America’s “Foreclosure King” to his narrow confirmation to Trump’s cabinet, Burns and Dayen show how Mnuchin has made a career – and a fortune – by bilking average American families.