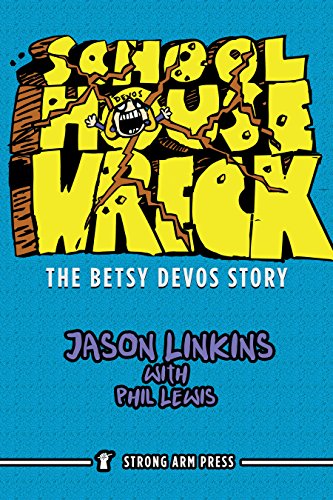 Education Secretary Betsy DeVos has done little to draw attention to herself, but has nevertheless managed to become the most reviled member of Donald Trump’s cabinet. DeVos, the sister of mercenary magnate Erik Prince, is a thicket of contradictions: as a person, she is roundly described as unassuming and kind to those around her. Born into extraordinary wealth, and married into an Amway fortune, she has devoted much of her life to a project that has left public schools wrecked in her wake. It is her life’s passion, yet she is broadly unfamiliar with even the most elementary aspects of education policy. How that inexplicable combination – voracious ideological fervor blended with extreme ignorance – will shape the future of schooling in the United States is just one of the intrigues probed by this timely and incisive exposé.