Wall Street’s White House: How Gary Cohn Wrecked The Global Economy And Parlayed It Into A White House Job 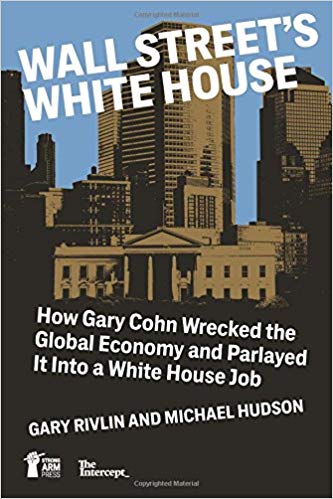 When the media talk about Donald Trump’s economic adviser Gary Cohn, he’s known as the “liberal in the White House,” one of those adults in the room the nation ought to be grateful for. But before crafting that thank-you note to Mr. Cohn, make sure to read the real history, by Pulitzer-Prize winning investigative reporters Gary Rivlin and Michael Hudson, of his central role in both creating the conditions for the great financial collapse of 2008 and managing to score an eye-popping profit from it — along the way turning bailout money into exploding bonus payments. When Wall Street critics lament that the bankers at the center of the fraud never faced justice, they’re talking about people like Gary Cohn. Now he’s setting national economic policy.