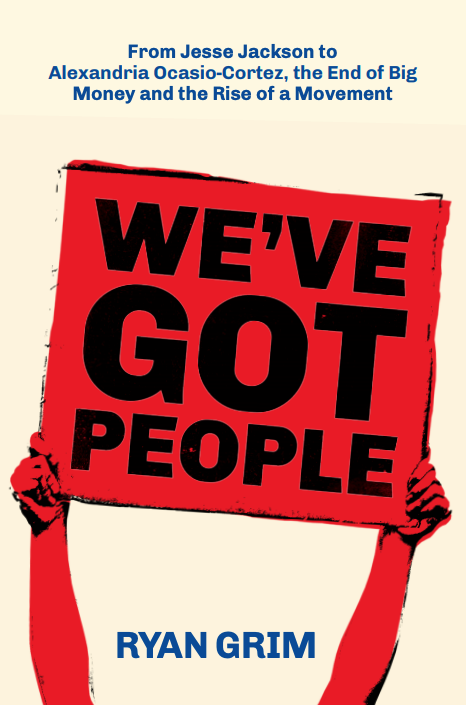 Ryan Grim’s new book, We’ve Got People: From Jesse Jackson to AOC, the End of Big Money and the Rise of a Movement, will be published in paperback on May 28, 2019, by Strong Arm Press. Osita Nwanevu, a staff writer at The New Yorker, says that “Grim’s We’ve Got People is a splendid and long-overdue history of the modern Democratic Party offering vital context for this pivotal moment in liberal and left politics.”

Author Naomi Klein adds: “If you’ve been reading Ryan Grim’s consistently groundbreaking reporting over the past decade, the recent monumental shift in our politics came as little surprise. For anybody who wants to understand where we’ve been and where we’re going, We’ve Got People is an essential read.”

Grim is The Intercept’s Washington bureau chief. He previously headed the D.C. bureau for The Huffington Post, leading a team that was twice a finalist for the Pulitzer Prize, winning once. The author of This Is Your Country On Drugs, this is his second book.

A political book offers a history of the populist left in America from 1988 to the present.

As Joe Biden leads the Democratic primary field, some voters may recall his first, failed campaign for president back in 1988. But Grim (This Is Your Country on Drugs, 2009) argues that the most influential candidate in that race was not Biden or even the ultimate Democratic nominee, Michael Dukakis. Rather, it was the man challenging Dukakis from the left, the civil rights leader and minister Jesse Jackson. Read More…